There’s Fake Influencers, Then There’s Real Influencers - How to Tell One From the Other 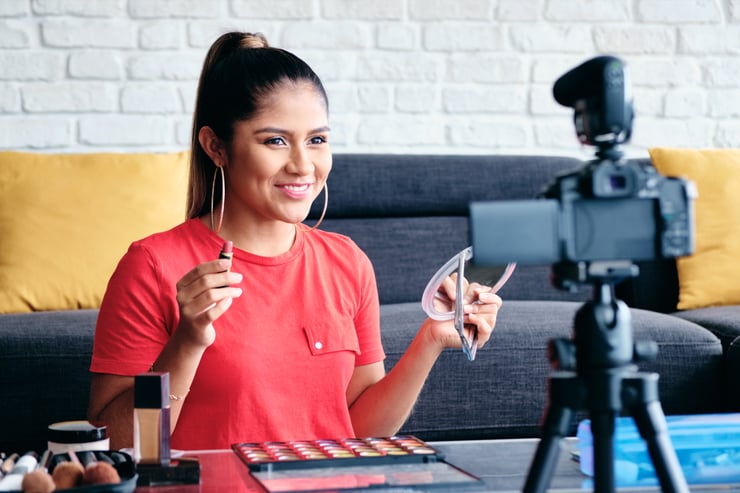 The rise of social media has made it mind-numbingly easy to create fake profiles and masquerade as someone with influence. Fake influencers cost brands thousands of dollars and can lower brand credibility dramatically.

Just how big is the "fake influencer" problem?

Fake Famous is an HBO series exposing just how easy it is for someone to imitate popularity on the Internet. Nick Bilton, a journalist, led the social experiment, choosing three aspiring influencers to prove or disprove his hypothesis that scamming social media notoriety was both simple and affordable. His findings weren't just interesting - they were alarming.

The documentary highlighted what PRWeek noted, which was that "more than half (55 per cent) of Instagram influencers were involved in some form of social media fraud and fakery in 2020."

Not only that, but experts insist there's a notable increase year-over-year when it comes to how much and how convincing influencer forgery can be. It's to such an extent that many marketers refuse to onboard influencers at all.

"How to fake an influencer" guides are everywhere, complete with helpful tips, tricks, and options to invest in influencer vetting services. It's one of the main reasons why top influencer marketers insist that finding the right influencer can take several hours.

Regardless, the goal remains the same - to separate credible creators from the hordes of unreliable individuals posing as social media influencers. Without trustworthy influencers, brands can't achieve the social proof they seek.

What is an Influencer?

An influencer is a social media power user who leverages their popularity to guide consumers, raise awareness, or establish trends.

Good influencers can sway the opinions and actions of others. They may have a large following on social media, be respected by their peers in their industry, or (ideally) both.

Whatever the case may be, an influencer drives engagement and conversions for the products, brands, and causes they promote. This is why businesses are diverting ad budgets toward influencer marketing - it's a more sustainable way to reach more and better customers.

Do People Choose to Be Influencers?

Do people choose to be influencers? Or does the role of an influencer find them?

There is no one answer to this question. Some people choose to become an influencer to share their opinions and insights with the world. Others express themselves through their posts and achieve influencer status unintentionally. For most professional creators, their motivations are mixed.

But one thing is for sure: anyone can become an influencer if they have the right skills, the right audience, and a determination to build meaningful connections online.

How Much Time and Effort Does It Take to Become an Influencer?

In most cases, it takes enormous time and effort to become an influencer.

First, an individual must build a following or develop a reputation in their industry. They must also be able to produce high-quality content that resonates with their audience at a regular cadence (usually multiple times per week or day). And finally, they must be able to effectively promote their content and drive engagement.

All of this takes grit, hard work, and creativity.

There are many benefits to being an influencer, which is why so many people seek influencer status.

First, professional influencers can make a lot of money through sponsorships and endorsements. They can also use their influence to promote causes or products that they care about. Additionally, being an influencer can be a great way to build a brand or personal brand, which they can use to promote their own entrepreneurial ventures.

What is Fake Influencer Marketing?

Fake influencer marketing is the use of fake influencers to promote a brand or product. This can be damaging to businesses, as they may end up working with someone who has little to no actual impact.

Not every brand does this on purpose, since data clearly shows that most wanna-be influencers successfully dupe brands into believing that they have the reach and engagement to drive awareness and sales. But very quickly, marketers scratch their heads at little to no results after investing hundreds (and sometimes thousands) into a creator collaboration.

What Makes an Influencer Fake?

There are a few things that can make an influencer fake. Some of these include fake followers, fake engagement, and fake relationships with brands. Fake influencers may also use fake accounts or bots to generate fake engagement.

This leads to wasted time and resources (best case) and irreparable damage to a brand's reputation (worst case).

What are Fake Followers?

Fake followers are detrimental to an influencer marketing campaign because they create a false sense of social proof. People might see that an influencer has a large number of followers and assume that their opinion must be credible. However, if a large percentage of those followers are fake, it calls the credibility of the influencer into question.

What is Fake Engagement? 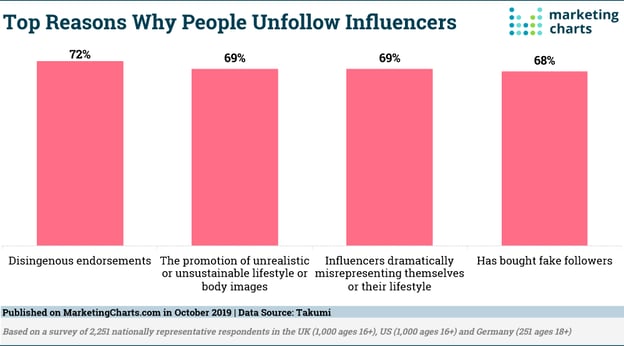 For obvious reasons, fake UGC tells a fallacious story and leads marketers to ask why high engagements/views fail to yield clicks and conversions.

Can an Influencer Use Fraud to Become a Real Influencer?

Unfortunately, some people game the system by using fake followers or fake engagement to become real influencers. Social media users see a fast-rising creator, and they follow the crowd. However, this is not a sustainable or authentic way to build an influencer career.

Instagram, for example, updates its algorithms regularly to improve user experiences. Many of its UX initiatives include identifying and penalizing which profiles leveraged fraudulent activity to gather online attention.

Eventually, fake influencers get caught by brands, followers, the social platform, or all three. It's important to remember that being an influencer is about more than just numbers; it's about building a genuine connection with a brand and its community.

Pods are groups of influencers who team up to promote each other's content. They do this by commenting and liking each other's posts. Brand marketers generally consider this fake engagement because it is not organic or authentic. 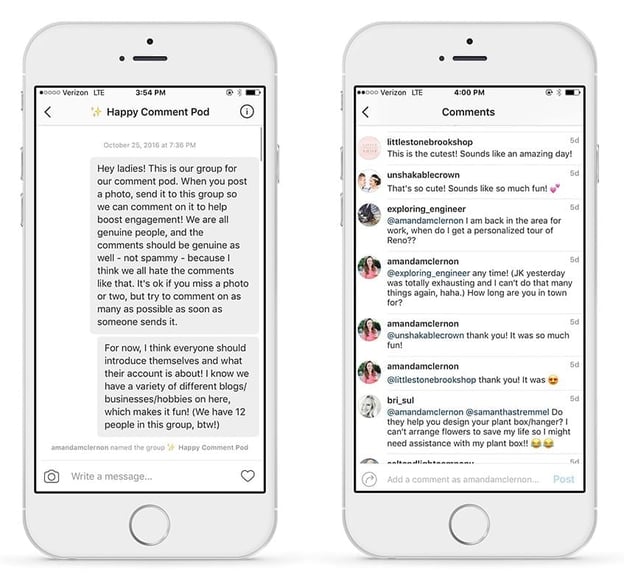 The goal of pods is to fool the algorithm into thinking that their content is popular. However, this engagement does not fool brands or followers. In fact, it often has the opposite effect, as people notice that the same group of people interact with one another's posts. Pods are becoming less and less common as Instagram cracks down on them.

What are the Consequences of Working with a Fake Influencer?

There are a few consequences of working with fake influencers.

When you work with a fake influencer, you're essentially paying for fake followers and fake engagement. This means that your brand is not reaching real people who could be potential customers. What's more, when you work with a fake influencer, it becomes very obvious to your followers. They can see that the engagement on your posts is fake, and this makes them lose trust in your brand.

It's important to remember that influencer marketing is all about building relationships. When you work with fake influencers, you're not building authentic relationships with people who are interested in your brand. In fact, you're actually damaging the relationship you have with your followers.

What Makes an Influencer Authentic?

An authentic influencer is someone who has a genuine connection with a brand and its community. This type of influencer is interested in the brand for more than just the money. They want to work with brands that they believe in and that align with their values.

Authentic influencers are also transparent with their followers. They are honest about the products they promote and their relationship with the brand. What's more, they only promote products that they would actually use and believe in.

Top-performing influencers and ambassadors have three things in common:

When brands are looking to partner with an influencer, one of the most important things they need to look at is the size and quality of the influencer’s audience. This is what is known as Audience Analysis.

While brands wouldn’t want to partner with an influencer whose audience is too small (usually 500 followers or more), quality is more critical than quantity.

Determining audience quality, you'll need to understand what percentage of an influencer's followers are: 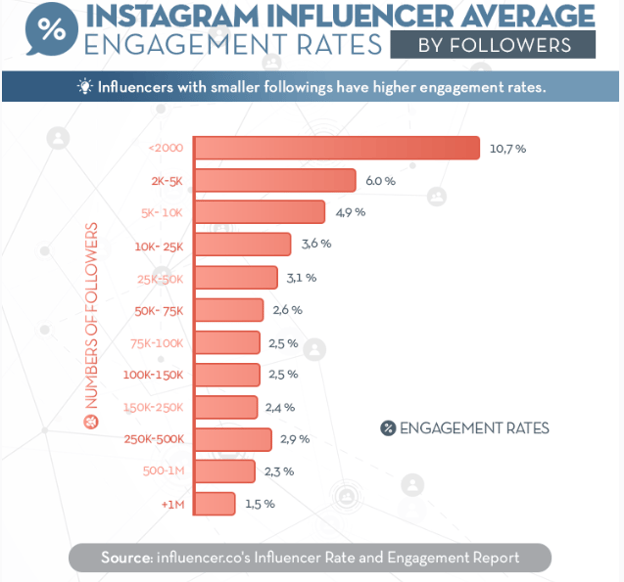 To maintain an audience of real people, influencers should post original content consistently. This means that they should avoid posting the same type of content over and over again. They should also mix up the types of posts they make. This will help keep their followers engaged and interested in what they have to say.

In order to attract meaningful engagements from their followers, influencers should post content that is compelling and relevant to their audience. They should also take the time to respond to the comments that their followers leave on their posts. This will help create a connection with their followers.

Being a high-performing influencer is not easy. Some creators build content for months and years before they gain thousands of followers. Even one viral post requires creators to capitalize with ongoing relevant content.

There are a few telltale signs that can help you identify fake influencers.

Finding the Right Influencer for Your Brand Starts With Knowing Which Influencers are Real.

Instead, they can focus on building relationships with creators who curate online communities of intelligent, highly-engaged consumers.

What's more, by partnering with authentic influencers, brands can ensure that they get the most bang for their buck and reach a wider audience of potential customers. 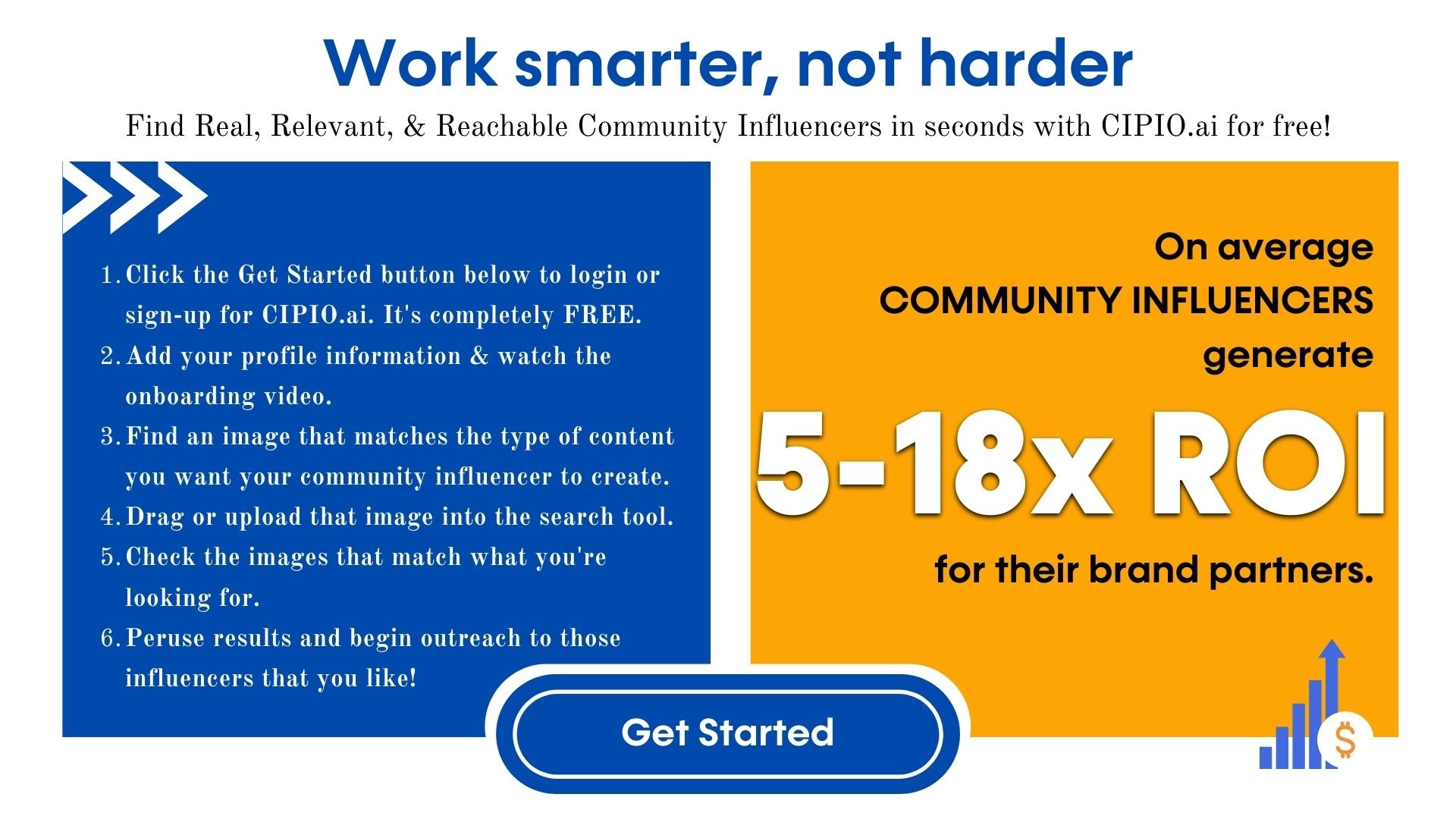